Buy from Joe's Cowtown Photos and help Doa'a Al-Dalou, a young lady from the Gaza Strip in Palestine, travel to Kansas City in the United States so that she can receive medical treatment she really needs to have!

For more info on Doa'a, her condition, and how you can help her out, please continue reading below! 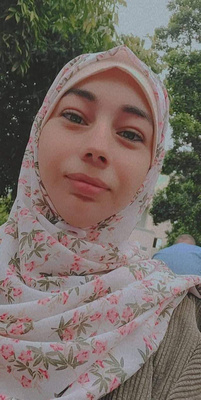 Shortly after receiving those requests for assistance, I began setting up a 501c3 tax-exempt charity (Joe’s Cowtown Foundation) and a special program within my not-for-profit (Super Heroes for Doa’a) so that I can better assist the sweet young lady who I lovingly refer to as my “little sister” and who affectionately calls me her “second father”.

I also decided that I would donate to my charity all of the profits I receive from selling my photos and photo related products so that I can raise some money that will be used to help pay for Doa’a’s medical care and for all other expenses (travel, lodging, food, etc.) that will be associated with Doa’a and members of her family staying in Kansas City while Doa’a is receiving her medical treatments.

And I created a special collection of some of my photos called “Flowers for Doa’a” to help raise money for Doa’a. As well as to help spread some love around the world- especially to Palestine where Doa’a is now living with her family.

Additionally, I started putting together an anthology of some of the songs I have written over the years (“Songs for Doa’a”) so that I can have something I can use to help raise funds for Doa’a and increase awareness for my “little sister” and her great need.

While I was putting together this collection of songs, I was inspired to write a few new tunes, including the title track for this book “A Song For Doa’a” which begins with the words:

Doa’a is a lovely gal

But unfortunately for her

Thanks in advance for purchasing some photos, cards, books, and other items that I’m selling to help provide assistance to Doa’a’. I really do appreciate all of your help, as does my “little sister”!

(Peace be upon you)