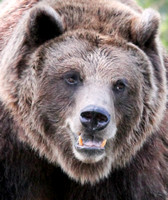 For more photos of Grizzlies and other members of the bear family in my online gallery, click here! 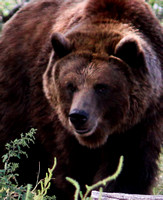 HABITAT: Grizzlies inhabit the northwestern portion of the United States in the states of Alaska, Wyoming, Montana, and Idaho. They are also native to the western part of Canada. Grizzlies live in different habitats such as dense forests, subalpine meadows, open plains, and arctic tundra.

DIET: Grizzlies are omnivores (eat both meat and plants), and they have a varied diet. They eat berries, seeds, grasses, and roots. Grizzlies also eat fish, elk, deer, and insects. Grizzlies eat more intensely during the late summer and early fall, in preparation for winter denning, and they have been known to gain more than three pounds in one day! 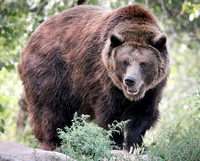 A male grizzly bear is called a boar

A female grizzly bear is called a sow

A young grizzly bear is called a cub

A group of Grizzlies is called a sloth or a sleuth

The Grizzly Bear is a sub-species of the Brown Bear, and is also known as the Silvertip Bear.

Grizzlies are typically dark brown in color, but they can also be light cream or even black. The white tips that are quite often found on the long guard hairs on the Grizzlies’ backs and shoulders can give these bears a "grizzled" appearance

While Grizzlies can be seen congregating together around streams during salmon season, they are generally solitary animals.

Due to their large size, there are no known animals that naturally prey on Grizzlies, making them extremely dominant predators.

Grizzlies have many strengths. They are very intelligent and have great memories. They also have a keen sense of smell and can detect food from great distances away.  Additionally, Grizzlies are good swimmers and fast runners. They can reach speeds of 35 mph while they are running. 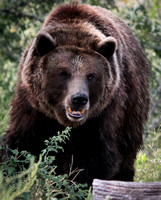 WHAT CAN I DO TO HELP GRIZZLIES?

Educate yourself about Grizzlies and their circumstances by reviewing the materials presented below in the Resources section and other materials you may be able to find on your own.

Post messages on social media platforms such as Facebook, Twitter, and Instagram and send emails to your family and friends expressing your concern for the plight of Grizzlies and encouraging them to become involved as well.

Write letters to your elected officials in Washington DC and to leaders in Canada explaining why the conservation of Grizzlies is important to you and encouraging these officials to work to help keep Grizzlies from ever becoming extinct in the wild. 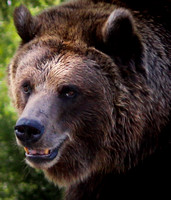 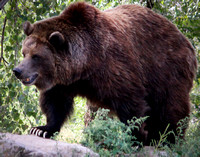