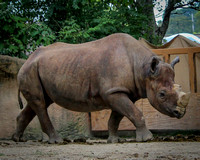 For more photos of Rhinos and Elephants and Hippos in my online gallery, click here!

LIFE SPAN: Rhinos can live to be 40 years old

DIET: Rhinoceroses are herbivores (vegetation eaters). The food they eat varies by species due to the different shapes of the rhinos’ snouts. Black Rhinos, for example, are able to eat leaves and fruit  from trees or bushes thanks to their long lips. White Rhinos, however, eat grass as their flat-shaped snout lets them get closer to the ground. 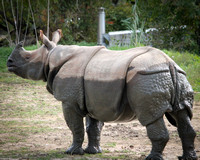 A male rhino is called a bull

A female rhino is called a cow

A young rhino is called a calf

A group of rhinos is called a crash

The word “rhinoceros” comes from the Greek words rhino (nose) and ceros (horn).

Rhinos have been hunted nearly to extinction largely because their horns are wrongfully thought to have healing properties and are used in folk medicine.

Rhino horns are made from keratin- the same protein substance that makes up hair and fingernails.

The White Rhinoceros is the second largest land mammal- second only to the African Elephant.

Rhinos spend most of their time grazing, and they only sleep during the hottest parts of the day. On the rare occasions when they aren't eating, rhinos can be found taking a mud bath. These mud baths not only help to cool off the rhinos, they also help protect them from bugs, and provide them with a natural sunblock. 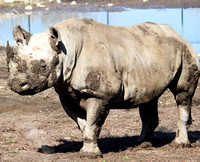 According to the International Union for Conservation of Nature (IUCN) Red List of Threatened Species. The conservation status of the rhino is as follows: 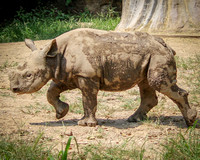 WHAT CAN I DO TO HELP RHINOS?

Educate yourself about Rhinos and their circumstances by reviewing the materials presented below in the Resources section and other materials you may be able to find on your own.

Post messages on social media platforms such as Facebook, Twitter, and Instagram and send emails to your family and friends expressing your concern for the plight of the Rhinos and encouraging them to become involved as well.

Write letters to your elected officials in Washington DC and to leaders in nations where Rhinos live explaining why the conservation of Rhinos is important to you and encouraging these officials to work to help keep Rhinos from ever becoming extinct in the wild. 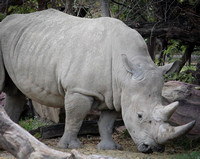 Save the Rhino Page 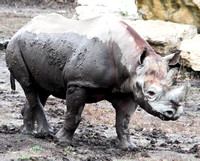